Heyas! Can you guys believe it’s may already? Crazy!! Today I was thinking on my new year’s resolutions, especially the goal I have to take at least one photo each month (hopefully 2). So far I’ve done good, each month has at least one photo, but if you follow me on other social media you might have noticed that april was especially good, I took a ton of photos. it’s quite the record for me!

I thought I would show the photos here and some comments on them, to keep things going. If you don’t like these kind of posts, no worries, I doubt I’ll have any other month as productive as this one haha, but let’s hope I’m wrong. I think I may have been possessed! 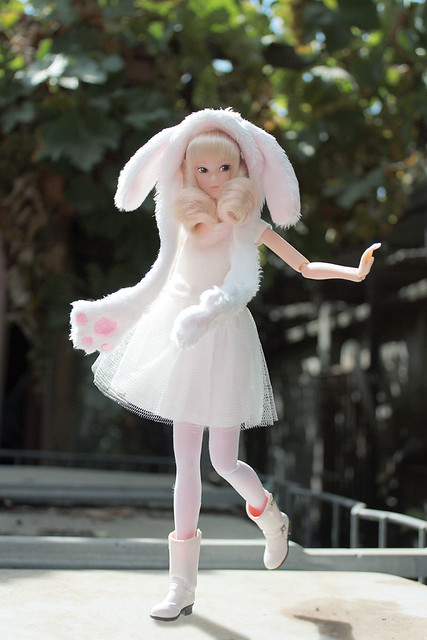 This one was the first photo of the month and one of my all times favorite! Sure the background is not the best, but I really love the pose and the light. For the pose I used a stand, which was mostly hidden by her straight leg and the bunny paws. I deleted the base of the stand with Photoshop. I like how the bunny hat has wire on the paws so you can pose them too!!! It made the whole pose more dynamic, don’t you think? I also moved the dress to that side so it looked like everything was moving together. 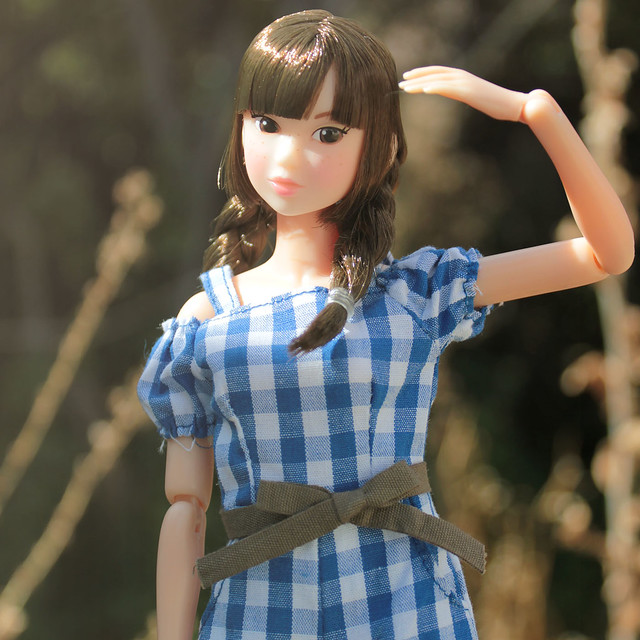 After that I decided my blue gingham girl needed some good photos too so I took this one on a sunny day, doesn’t look like she enjoys the sun all that much though! I love how the blue contrasts so much with the background. 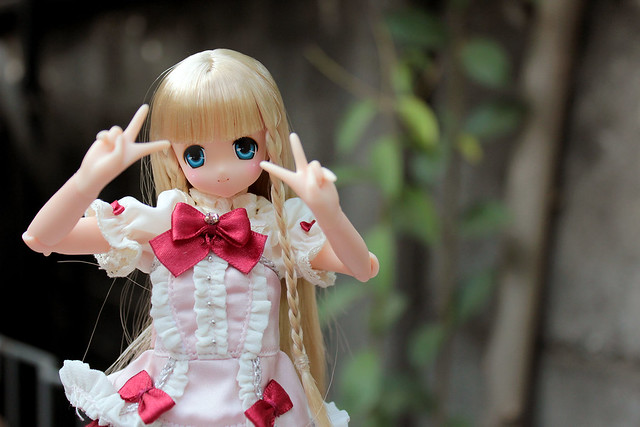 Sahra was needing some attention  so I did a very cute pose with her on the stand, but her face is just so cute that I ended up choosing a close up of her. Need to get some full body shots of my PN girls, they have pretty shoes! 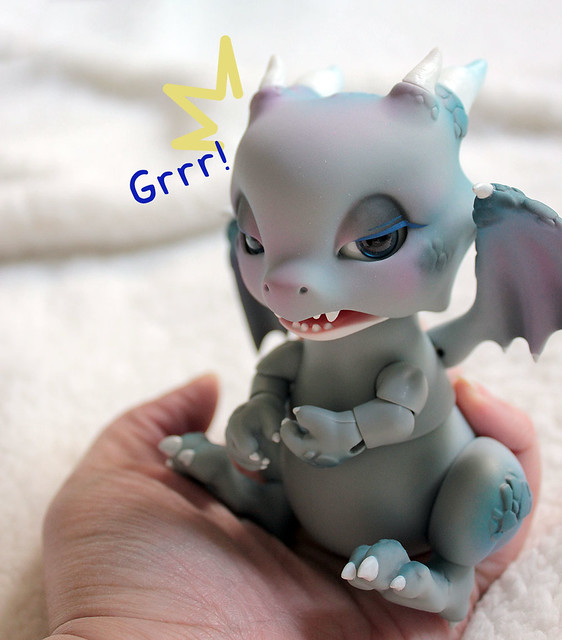 Fiyero of course got super jealous of all the ladies getting the spotlight, so I took him out to pet him. Turns out, this wasn’ t the kind of attention He wanted! I think He just needed some food 😀 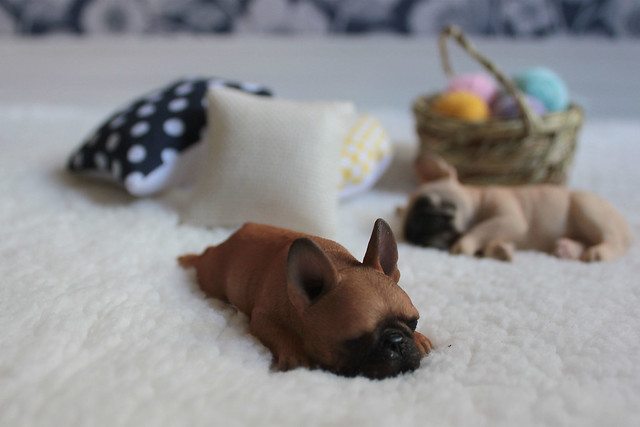 One lazy day I decided it was time to take some shots of my 1/6 scale dogs and I had so much fun! I didn’t want to give away my unfinished diorama so I took a few elements from it to make the photo.

My second attempt to a Momoko group shot. The first one was terrible. This one didn’t go all that much better, but with a lot of photoshop, I could save it somehow. I think I need more doll stands, they kept falling off! 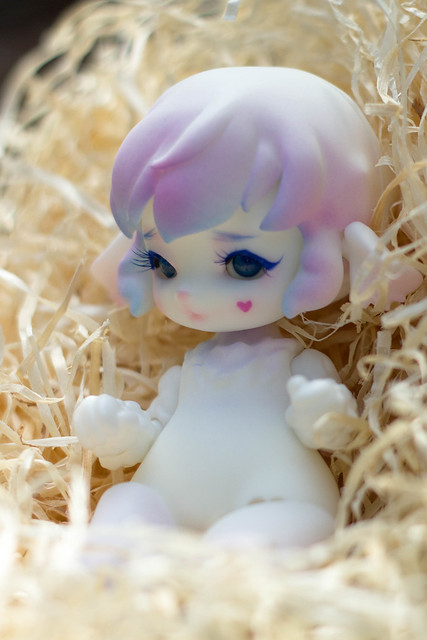 For a moment there I thought of selling Mercedes, but this whole photo shoot was so cute, how could I let this cutie go? If she only had her extra hands though! It sucks I was never able to get them so She can’t hold her sword. 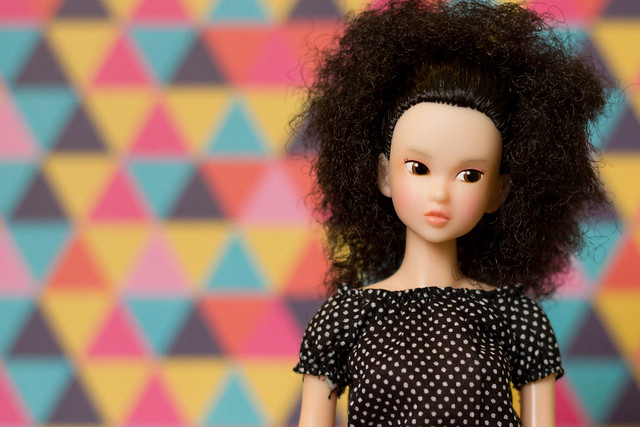 I don’t like this photo, but She has just arrived so She needed some photos. I hope to make her justice soon!!! She will be Nina, my fashion blogger. I decided in the end to give names to all my Momokos (PN will keep their release names, Sahra and Maya, unless I end up with more than one of each). 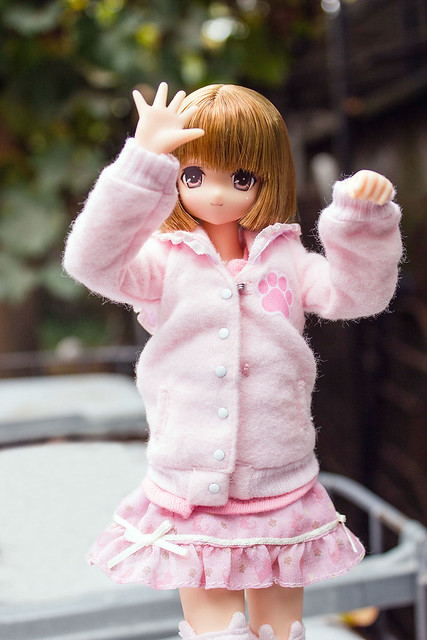 And last arrival of the month, Maya!!! I love her clothes! Again, not the best photo, but I hope to give her a proper photo shoot soon. Love how Pure Neemos pose and I need to take full advantage of that.

No diorama photos yet, not because it isn’t ready, but because I’ve been lazy to set it up and see if the side table idea I have works or not. I’ll get there.

Did you have a great doll month? Let me know!