Hello everybody!! Hope this weekend has been good to you. Today I come with a simple post, just my tales of a crafty weekend, since I’m hoping to be able to set up some dioramas soon.

This isn’t a tutorial because all I crafted was based on other people’s tutorials. I will link everything in case anyone wanna try these out.

I have a list of crafts I would love to make, so I took some of those and started them this weekend. The plan was to use materials I already have on hand, though I bought 2 things: glue and pink rope. 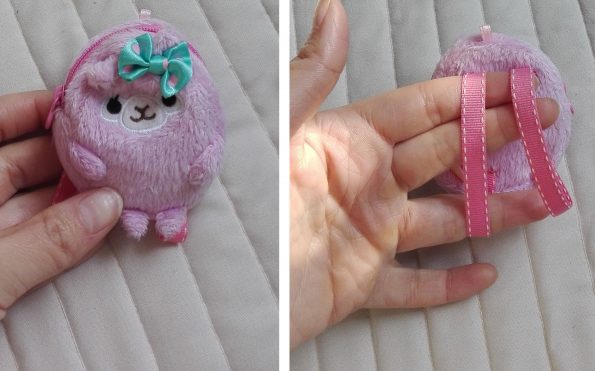 For the longest time, I’ve had some arpakasso coin purses that I was meant to turn into backpacks for my YoSDs. I had already made one, but I had 3 others that needed to be finished. So this became my first craft. 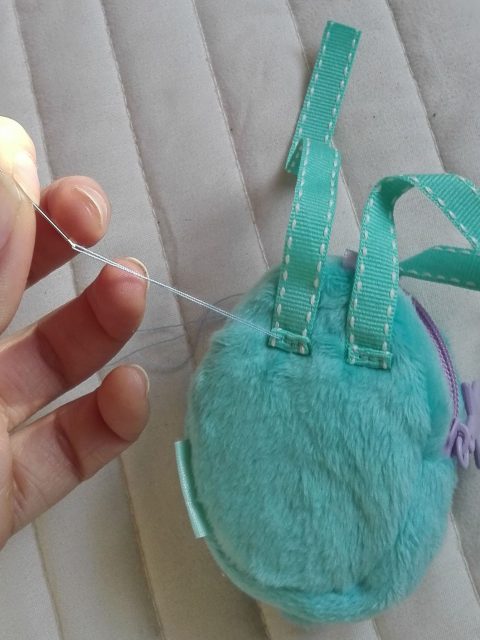 It’s a simple work really. Just take some ribbon that matches the coin purse and sew in on the back. My stitching isn’t the greatest, but it gets the job done.

Hardest part is to sew the bottom part.

I made 4 backpacks, for 4 YoSDs. Did I mention I decided to keep Faolan? Even if He doesn’t have any clothes of his own, and nothing fantasy related, I’ll just make it work with what I have. I’m also keeping Sassy Rosy for now. Might give her a new look if She still doesn’t work after I take her out for photos.

Once that was done, it was pillow time! I once bought a ton of tiny squares of fabric for super cheap, and I already had started to make pillows out of them. Since I plan on making a teepe, using this tutorial, I thought, might as well make some more pillows. I wanted a pink and white theme. 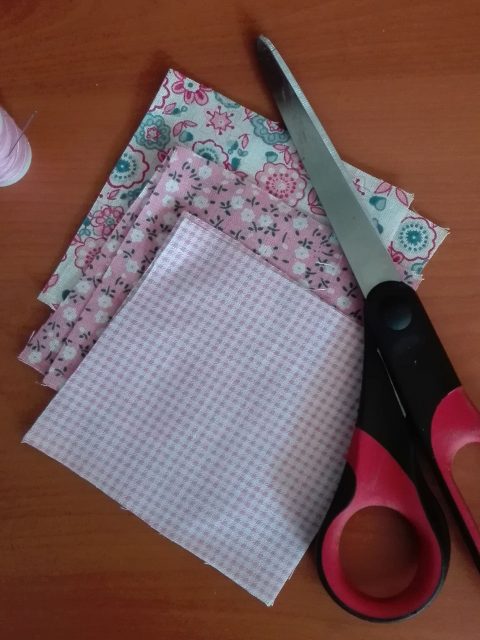 I really like the fabrics I chose. I also made one white fur pillow (I actually made 2, but had to discard the second one because it looked crooked). 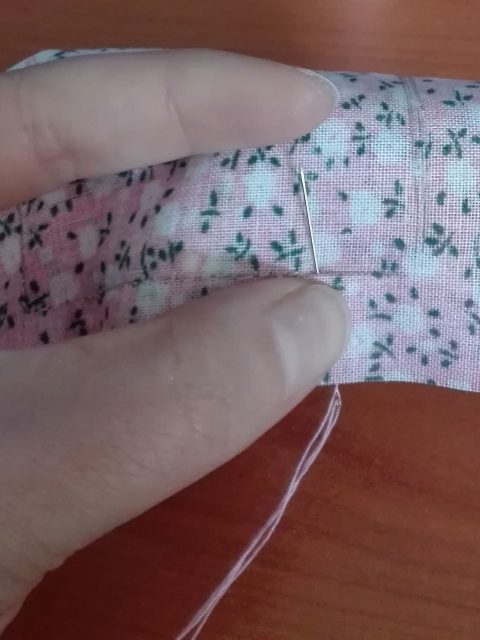 I sew it by hand, but luckily once you flip them, you can’t see the stitches haha. You can enlarge all the photos, but quality isn’t too great, because I used my phone for all.

After I had some pillows done, I thought it would be nice to attempt a rug, based on this tutorial. Link will take you to the part where they make the rug, because the video has more content in it. Only difference is that instead of braiding yarn, I used some thin rope in white and pink, no braiding.

I took some photos of the process: 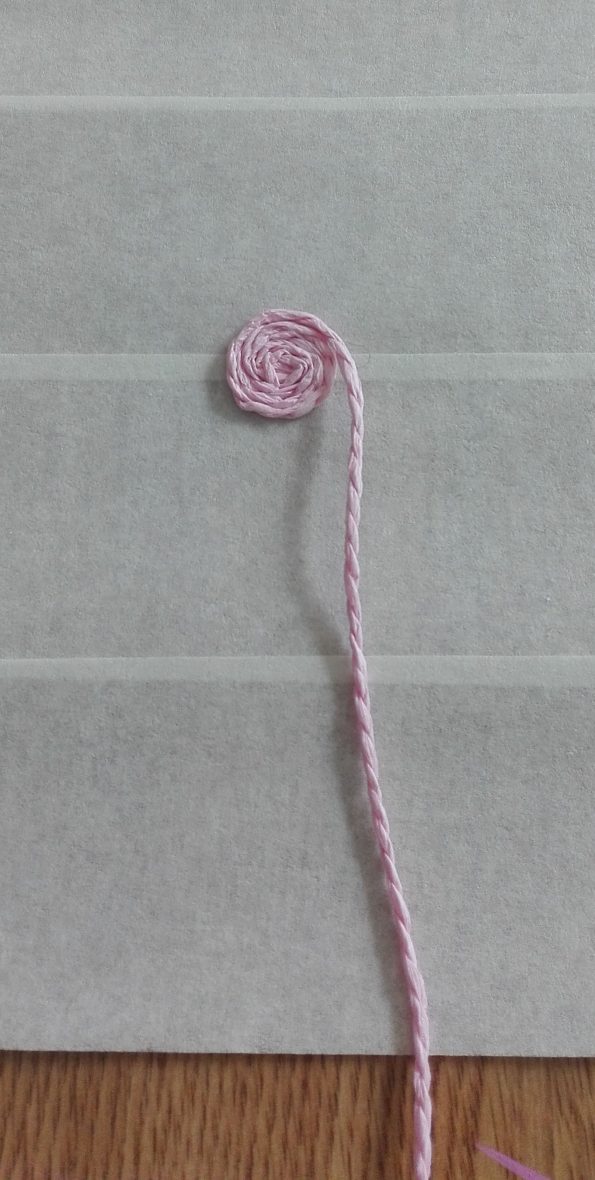 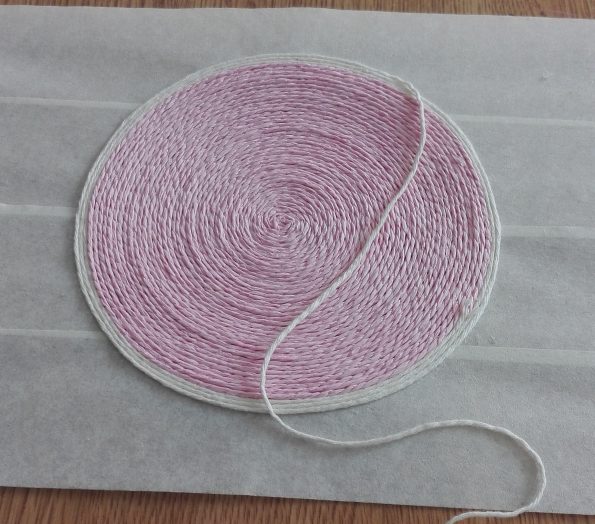 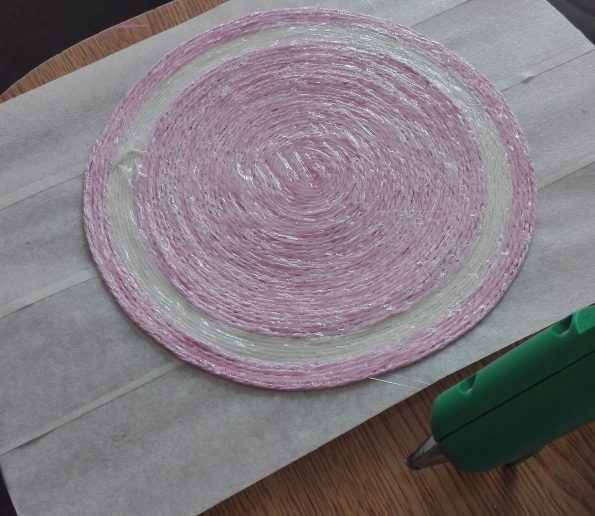 i thought of making it fully pink, but I think the extra work of putting some white was well worth it. This was my second attempt, the first one had more white/pink alternations, and though it looks decent, it had some gaps in between in a few parts of the pink, so this one I made sure to place it tighter.

In between some of the crafts, I also made 2 twine baskets, using Myheartissupernova tutorial.

I also made some headbands and earmuffs for Momokos and Pure Neemos, based on Irene’s tutorial. I used pompoms for the ears and warmers because it was too tiny to attempt sewing some myself.

Final results of the weekend: 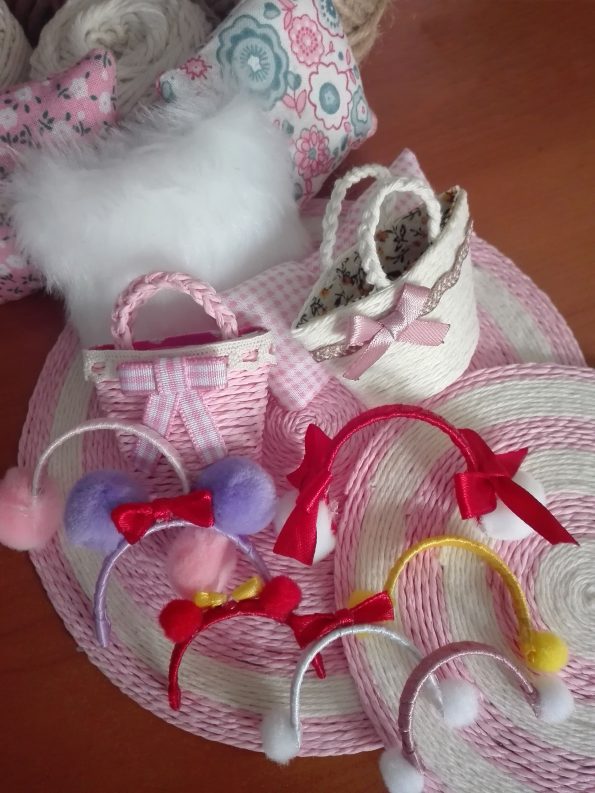 Now I have more matching things for when I finally make my teepee. And some pink walls of course.

Hope you have an excellent week!