Second post of this series! I’m trying to be more active here in the blog, so little by little I hope to have more posts up.

Ahhh Lucas, my favorite guy on Earth. He is the most complete doll I own, though that doesn’t mean that I don’t have any plans related to him. In fact I have quite a few!

For starters He needs eyeglasses. I’ve tried twice to get some for him and failed, so I ended up asking around in tumblr, which led me to Sherimi, and She and Sarqq helped me with pictures of some Dollmore glasses in Sarqq’s Dia. I really liked how they looked so I ordered a pair in white, but I still can’t tell you if they work because they have been stuck at the post office central for over a week, and I doubt I will get them this week either since we have some holidays. Since they were cheap I won’t cry if they don’t work, but I also got tempted and chose a pink pair for Ailene in case She could rock them.

Today I took Lucas for some photos, and though He looked really nice, I hate that I always end up taking portraits of him and nothing else, so my gallery is full of head shots. I don’t know why I can’t seem to do anything else with him and today I had almost no time for photos so I ended up with the same, Maybe it’s because he doesn’t pose that well or the lack of space and him being so big, or that I just don’t have the creativity bone in me, but I’ll try to take better photos of him soon! I was hoping to have something to upload to Deviantart and Flickr, but I guess today was not the day XD so I’ll leave the photos for this blog post. Anyways, here are some plans I have: 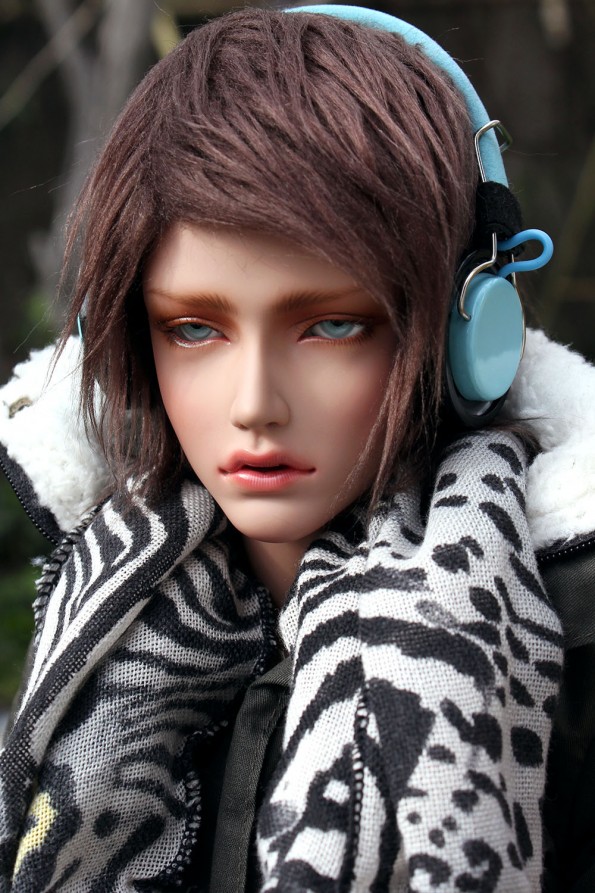 I really like the size and color of his eyes and I think He looks nice with them, but I get tired so easy and change opinions so fast! I sometimes think He looks lifeless with them, but He’s a doll so He can’t look that much more alive XD Anyways! I might try some urethane eyes for him soon, and if they work great! and If not I’ll just stick to the ones He has or try again later.

I’m happy to say that I gathered some courage and made my first order for Mako eyes. I got tired of waiting for a new Dollbakery preorder for Ailene and I ended up disliking how light the unicorn eyes were, so I went with another style and color for her and added a pair of eyes for Leo as well and eyes for Lucas that if they don’t work for him, Serafina will claim, since they both wear blue/green eyes.

If I really like them more than glass eyes I might go and get some for Serafina (or Lucas) in the future. I ordered not too long ago and went for airmail (a local owner said that it was pretty safe and She always got her eyes) so it will be a looong wait.

I wish I could give him a pink wig, but He doesn’t have the personality for that haha. Instead, I want to buy him a wig for photos were He is supposed to look younger than He is now. Let me explain: when I got Hana’s wig I got a second one as gift in the same size and it was so pretty that I decided to keep it to take photos of Hana as a younger self (which my lazy ass haven’t done yet, oops). So I want to give Lucas the same treatment. While I can’t imagine Lucas dying his hair in funny colors or anything like that, I want a wig like this one, because I totally see Hana convincing a naive Lucas to try going blonde for a while XD. It looks like He tried, didn’t like it, and grew his hair, right? 😀

I also might try to replace his current wig since it looks kinda ratty, though I’m not sure if ti always looked like this or it’s just too old now. I’ll keep the color of course.

Big news on this department! I decided to kill off Faolan. Shocking I know, but hear me out!! I realized that I don’t want that many big dolls (not now at least) and I can’t go around thinking of his replacement, so I thought to add all the important parts of his story to Lucas’ story, so his profile page is under construction until I fix it. Faolan wasn’t really all that important, since Lucas is the main character with his significant other (that I’ll own someday). I really like the name Faolan so I probably will use it on another character (might happen sooner than you think!), though He will be totally unrelated to the previous Faolan.

So not only I went for my first adventure with urethane eyes, I also tried taobao. I bought some cute stuff for Ailene, but it hasn’t arrived yet (checking the tracking like mad, but nothing happens *sniff*). I hope I can do a haul post for my loot, though it’s not that much. I also got her some stuff from etsy that I’m excited to show, but as you might imagine, not here yet.

I did get some boots for Leo from Mimiwoo and they costed me 6.99 USD and I thought they were going to be so so, but they are really cute! and perfect for what I need. The right boot has a tiny spot with something that I think it might be glue that I couldn’t get off, but for the price I’m okay with it. And they arrived fast, and before other stuff I bought first.

I feel more comfortable with smaller dolls at the moment so I’ve been checking those more. I might be buying a tiny soon(ish), but I don’t want to spoil the surprise hehe.

Spring hasn’t started yet, the days are still cold so I can’t do face ups, but I might re do Hana’s face up once the weather gets better and I also have to paint Leo.