I’m trying to get up to date with tags and what not and Alasse tagged me in this one, which is very interesting. It works best if you collect more than one type of doll, but I hope you still enjoy my answers.

WARNING: I feel the title should have this particular subtitle: “no, I’m not obsessed with Lucas AT ALL”. Read at your own risk.

2.What do you collect?
Only BJDs at the moment. The people who knows me know that I am very tempted with other kind of dolls, but I’m always wary of expanding my collection, since I don’t have that much space.

3.How many dolls do you have?
That’s a great question and I’m surprised by the number!! I currently have 9 dolls including my dragon and my sheep. I’m so not used to this number because until the beginning of this year I only had 4! I doubled my collection this year because I was able to sell some dolls I didn’t want anymore and lots of clothes and accessories they used to have that I didn’t need anymore. Plus I replaced big dolls with small dolls, that tend to cost less.

4.Which of your collections are you the most proud of? Why?
My BJD collection because it’s the only one I have haha! But If I had to separate my collections by size, I guess it would be my YoSds crew because it’s just the cutest and the one I spoil the most so I tend to photograph them more often and I have some photos in that bunch that I’m really proud of. 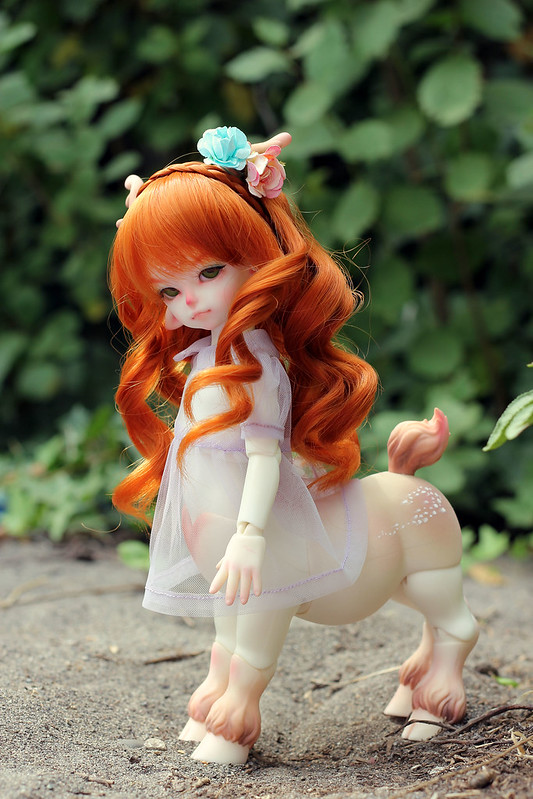 5.Which single doll cost you the most money? (Relatively and literally)
Lucas, my SOOM Dia is currently the most expensive of the bunch. Being tan skin he is already more expensive than normal or white skin, and being so big adds up too. Plus He is from SOOM, which is not a cheap company. Add all his Sadol clothes (ouch) and you get the idea why He could be the most expensive haha. My YoSDs have way more clothes and accessories, but most of them are from taobao, which is cheaper, and they all share the same box of clothes, while Lucas have a box for himself.

6.Which doll line is your favorite to collect and why?
I’ll go with YoSDs again because I love their big cute eyes and they are easy to photograph. Not sure yet how I will feel towards photographing MSDs or smaller dolls, so we will see if this changes or not. I really love the more mature aesthetics of SDs so I’m struggling finding MSDs with those features that I like enough to buy (want an MSD Lucas so bad!), but for tinies cute is what I look for.

7.What made you want to collect dolls?
I was in university taking photography class when I discovered BJDs. The possibilities they gave as a subject was so interesting to me that I was hooked instantly!! But it wasn’t until 6 or 7 years later that I could have my first.

8.Which is your most wanted doll right now?
I want a YoSD tan boy, kind of like a mini me of Lucas to be honest, but He will have another name. I thought of giving Lucas a son, but it just didn’t make sense haha. I also want an MSD Lucas. Obsessed much? probably. 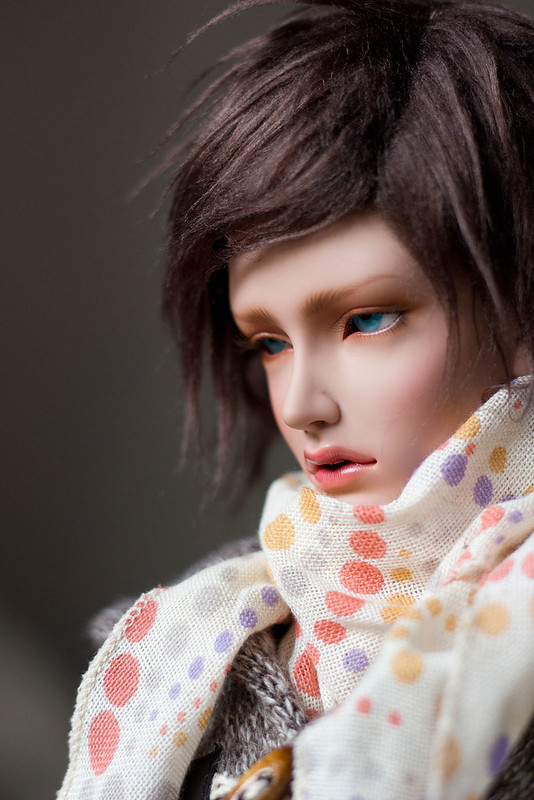 9.Which of your previously most wanted dolls do you have now?
SOOM Dia (aka Lucas) and Sassy Rosy in lavender skin. Not sure if Sassy Rosy qualifies because She was most wanted for like 3 days until she was released and I pressed the buy button so fast  you couldn’t see my fingers lol.

10.What is the most dolls you have gotten at once?
In the same day only one, but I’ve gotten 2 dolls with one or 2 days difference once. And of course this year I bought 5 dolls and most of them arrived within weeks, though they were all bought in different months.

11.Which is your least favorite doll?
In this moment I have to say my Bluefairy May, just because she’s not as cute blank, but I’m sure it will pass once she’s painted. I was lucky enough to be able to sell all the dolls I didn’t want anymore. Not because they were ugly or I didn’t like them, they just weren’t working.

12.Which of your dolls has the best story (in your life and in theirs?)
Lucas again. The only reason SOOM even sold a tan skin Dia was because fans of the sculpt signed a petition. It was something I asked them a few times in the past and they didn’t plan to do so I was really losing the hope to see my dream come true, but then it happened. And I also like the story I gave him, he’s such a sweet guy.

13.What do you do with your dolls?
I usually take them out just for photos because that’s what I like the most. I like giving them face ups, but I find it so stressing so it’s not something I can enjoy all year round. There has been a few times that I took Lucas or Ailene out just to cheer me up too. I’d love to have my dolls out more often.

14.Are there any other collections that you want to start?
Pureneemos, Pullips, Fashion Royalty dolls, Momokos too. But I’ll just enjoy other people’s collections for now.

15.Which of your dolls would you most like to be? Why?
Wouldn’t mind being my Junia, so tall and skinny and tanned XD everything I’m not lol. But I don’t like the thought of being doll though, I like way more the idea of dolls becoming humans. 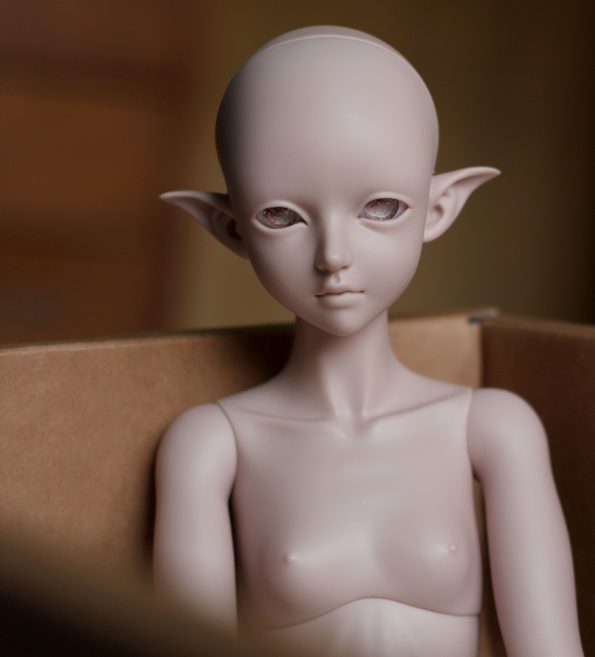 16.Do people know that you collect dolls/toys?
It’s not a topic I bring with anyone, but it’s also not a thing I’m ashamed of. If someone asks I’d be happy to say them I collect. So far my friends and close family knows.

17.Does your family support your collection?
My father thinks they are a waste of money, but He approves me wasting the money I earned myself in whatever I want. My brother is really supportive and gives me ideas or help me make stuff. He’s also great at posing dolls!

18.What was your first doll/toy collection that you can remember? Do you still have them?
I don’t know to be honest. I had a bunch of barbies growing up and some other dolls too.
The oldest doll I have is a rag bunny doll my grandmother made when I was little, it must have at least 21 years with me already and the condition of it is not great, but it’s really cute.

19.Which doll started each of your collections?
SOOM Onyx made in the Free choice event with the vesuvia body. I don’t own this doll anymore, it belongs to Crystal now, but that was my first. 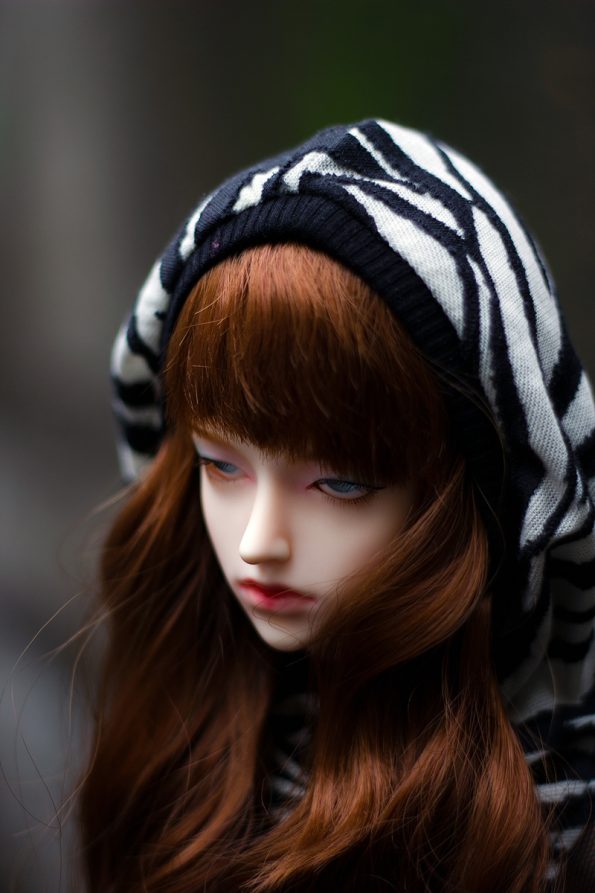 20.What is your favorite place to shop for dolls?
Taobao is great for doll clothes, especially for YoSD, haven’t found that much MSD things I would like and they are not even for slim minis so it probably wouldn’t work. As for dolls, I like many companies, so I couldn’t pick a favorite, but I can say I have 3 Peak’s Woods dolls home.

I tag Dollsdolour, but anyone who wants to do this feel free to do so!