Hello all and sorry for the long silence!! Somehow I got trapped with so much work that it was impossible to do anything at all, having to work extra hours even on the weekend. After things calmed down I admit I just went full on lazy mode haha, but hopefully I’ll be picking out things soon.

I promised an Aileen Doll Ashes review so long ago! I took the photos a week or so ago, but have been editing them on a slow pace over the week. There’s not many photos, since their dragons don’t have that many pieces to pose, but I still hope this will end up being useful for some people.

On to the photos! 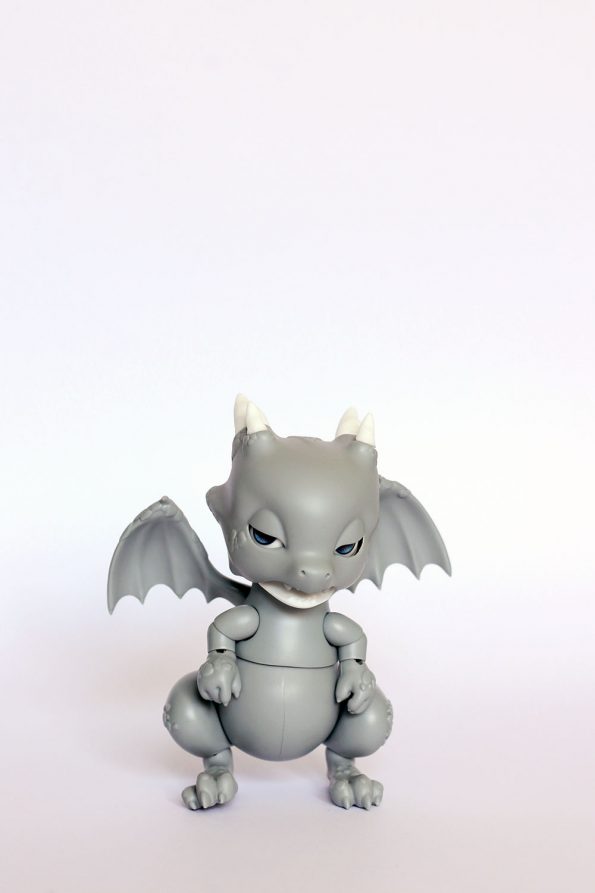 Front view of little Ashes in all his grumpy glory, isn’t He cute? As you can see the arms are single jointed and the legs consist of two pieces, counting the feet. Not a fan that the stomach seam line is situated right in the front, but it can’t be helped since the tail is right at the back of the same piece. I think I’ll avoid any blushing on that part. 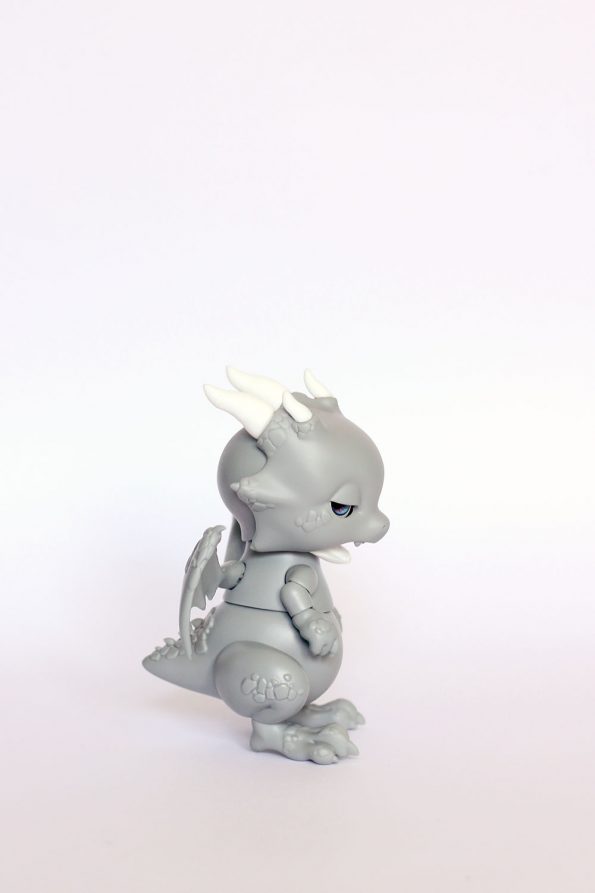 Side view, here you can see some of the tail. The head works with a faceplate mechanism and the jaw is an extra white resin piece that hangs there by placing it inside the head, making it posible to open and close. It’s default position is open, and can’t be kept closed on its own, but if a photo really needs it closed I think I could use a bit of eye putty.

It took me sometime to learn to balance his heavy body to stand him, but now it is very easy to do so. 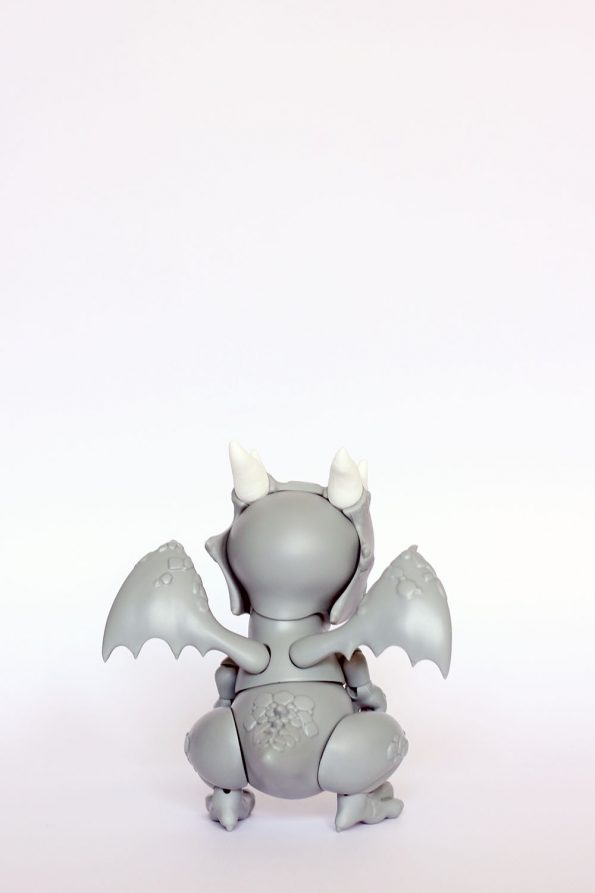 Back view where you can clearly see the headback and faceplate separation, or so I hope. 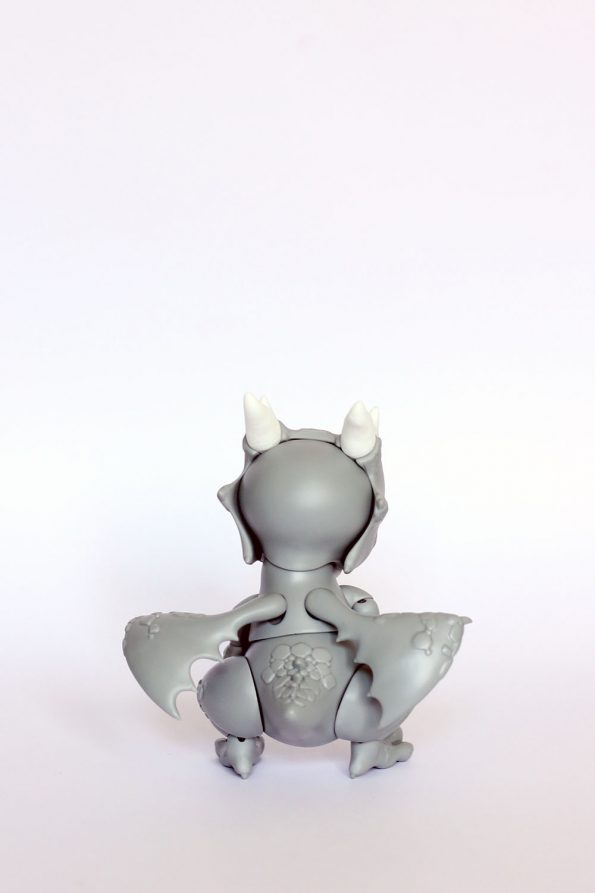 You can move the wings up and down, but they don’t tend to stay in place in that many positions. Maybe tightening the elastic would help, but I’m not concerned about it. 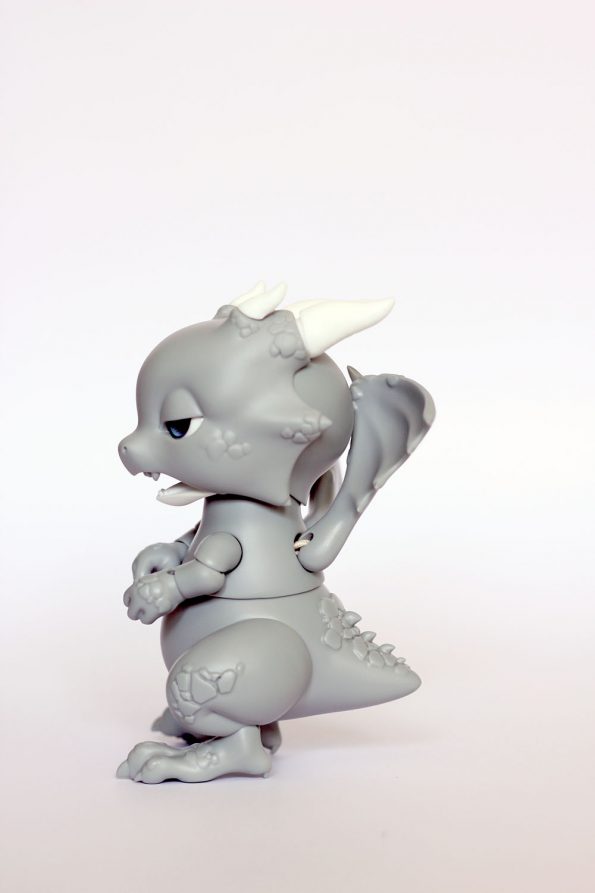 A clear view that the wings are kept in place with elastic stringing, and not magnets. There’s only one place for magnets in this doll and that is to keep the faceplate in place. 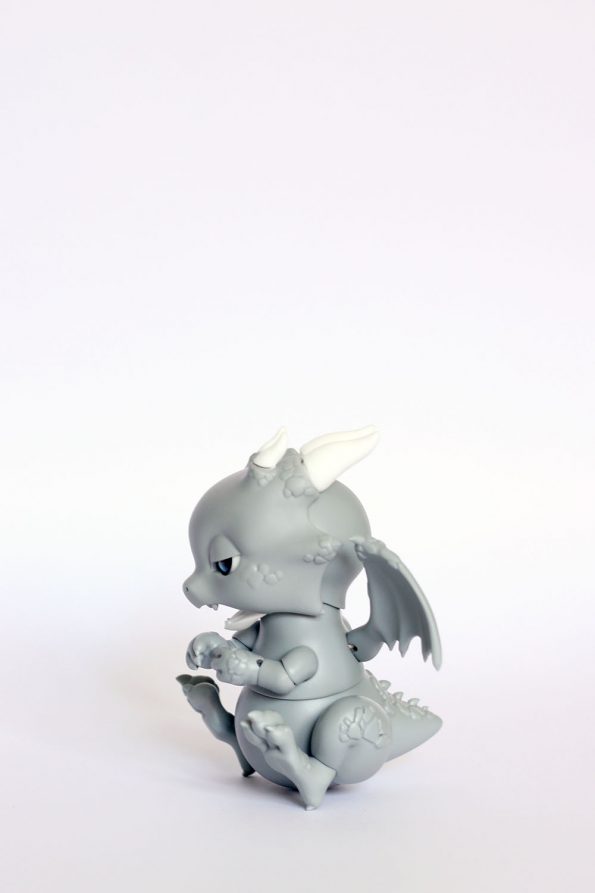 He can also sit and move the arms, of course. 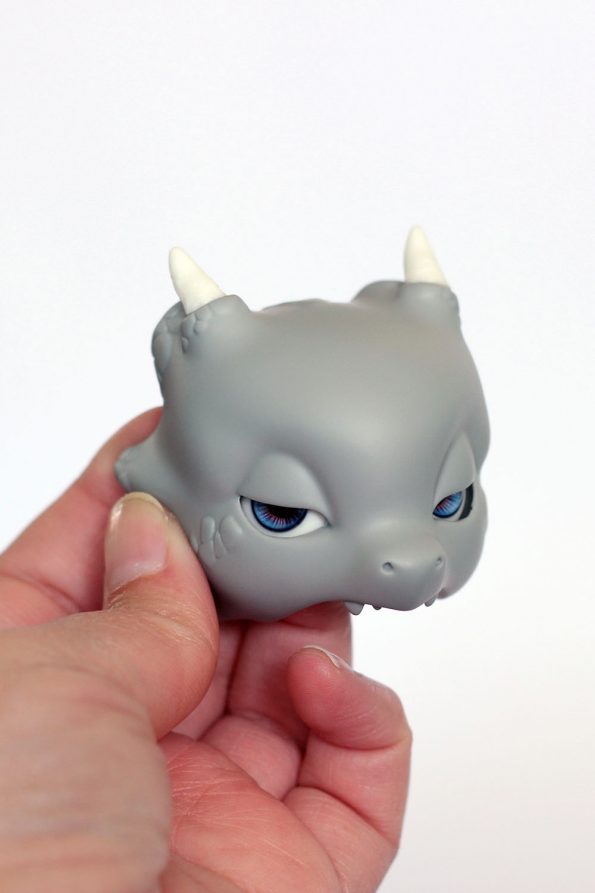 This is the open eyed face plate. There was an event sometime ago where you could also buy the limited sleeping faceplate.

The little horns are glued in place, whereas the bigger ones are placed in 2 holes at the back and are hold by both the faceplate and the headback piece. 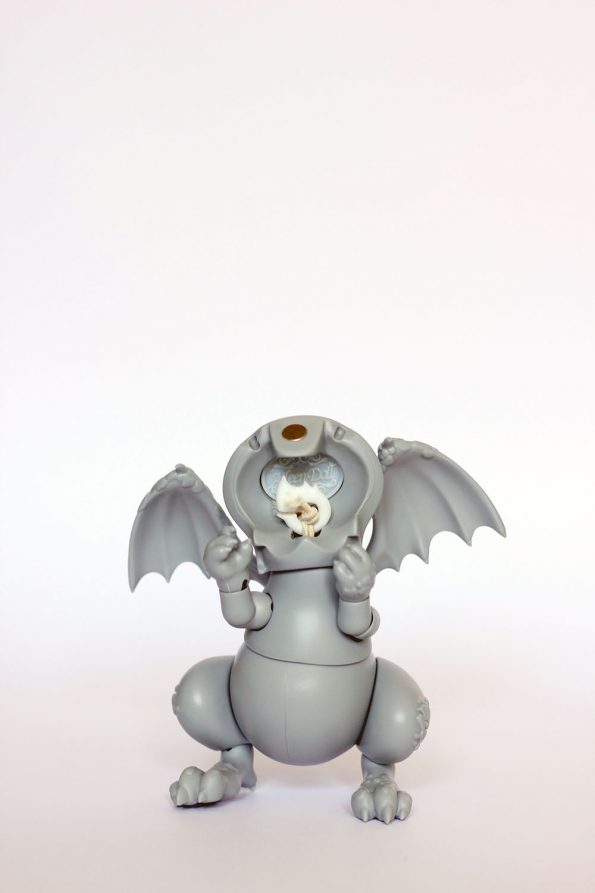 Instead of an s hook, there’s a resin piece there with a very cool design. There’s also a plate inside with the company logo. 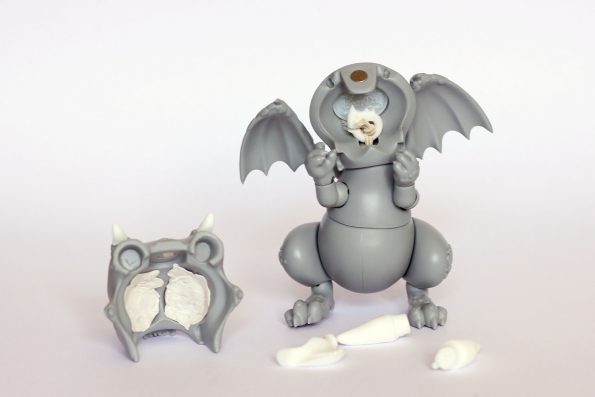 Here you can see the “holes” for the horns.

As you might already know, I had a trouble with one of the tiny horns that came broken. Aileen doll said they were going to send me another one, but I haven’t received anything as of this day. I contacted them last night to ask about it. Will update with whatever they say to me. Can’t say I’m too happy about that, I’m still unsure on how I’m going to remove the resin broken piece that is glued to the faceplate. I might as well just try to glue back the broken one and give it a face up as is. I’m really looking forward to play more with this doll.

UPDATE: I received the horn yesterday, and they actually sent two, so that was nice. I had a bit of trouble taking the broken resin piece that was glued onto the hole of the head, but after letting it soak a minute on alcohol, I managed to take it almost completely. I’ll be gluing the horn today and paint the head as if they are part of the face plate because I do not dare to take the other horn out, the glue was super strong!

And that’s for today, hope you are having a great week!!