I think I’ve been a bit absent in my own blog and I apologize. I’ve been very busy lately with christmas shopping and extra work. And I also have been a bit disappointed with the hobby, I’ll tell you why in a second, but first I’ll explaing the creepy bowl with heads from the header XD. 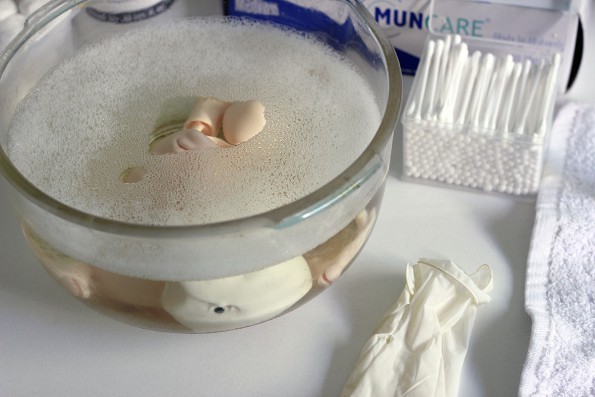 Because one creepy bowl of heads photo wasn’t enough lol

I finally got time to arrange my room to make space for face ups! I was hoping to have started painting Leo today, but then I remembered I wanted to wipe all of Onyx pieces so I can try to sell her blank. And oh boy, that took me hours! The hardest were the Vesuvia shoes. And it seemed like She knew I was going to sell her off because all her spikes kept pinching me. I didn’t realize before how many She had untill all of her pieces attacked me: shoes, half the tail pieces and the long nails. That nose could also be a murder weapon XD. I decided to put her up for sale on DoA, so let’s see how that goes. But before that I have to go to the postal office so they can give me an approximate on shipping costs and I also need an outer box. The other head in the photos is the practice head.

Now what happened was that I made an order to Leeke for Ailene’s and Leo’s wigs and I was very excited about it. It took almost 2 months for them to send me the wigs and they arrived together with my Mako eyes. But most of my order was wrong: the pre order wig I was so in love with was the ugliest color I’ve ever seen and it was one size too big, same as Leo’s wig. The third wig is the one I used in the Mako eyes review, and it was an okay wig, but it had some issues. So I still haven’t found a proper wig for Leo, I wanted grey, but so far all I could get was a white one from Crobi, that should be arrive soon.

Since I had to send the 2 wrong wigs back to Leeke and they still haven’t received them, I can’t make a proper review. And honestly? I’m not looking forward to doing such a negative review. I could skip it, but I asked in my local community and so many people have had problems with Leeke that I prefer to put it out there. I know people say their wigs are hit or miss, but since I had no problems the first time I bought from them, I thought it was safe to give it another try. But now I don’t think I’ll be buying from them, I just want my money back. It’s a pity because they have so many styles and colors.

So I did an emergency wig shopping at Crobi. I chose Crobi because I wanted to change a bit the look of Hana, and they had the style I wanted. I’m really excited for her change of look, I really hope it works out because I really like her current face up, but I need to fix the eyebrows for the new look and I can try to do better lower eyelashes on her. I’ll be wiping her current face up right after I’m done painting Leo. I also want to properly fix the tummy issue in Serafina’s blushing, but I’ll be repainting only that piece, the rest is staying the same.

I also plan to change the blog layout eventually, since I finally found a template that has everything I wanted. The only problem is that I need better horizontal photos, so I have to take some.

I’ll be doing the Year balance post soon, though I think I did horribly this year in the hobby haha, but at least everything is clean for tomorrow. 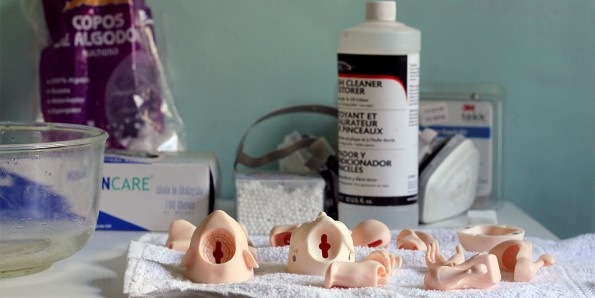